With our historic links with the RAF and long-standing history in engineering and manufacturing, the defence and security sector was identified in the LEP's emerging Local Industrial Strategy as a major opportunity for economic growth.

The Greater Lincolnshire LEP's Defence and Security Board will promote the region’s ability to enhance, develop and support Government programmes and private industry in this high-tech, high-value sector. 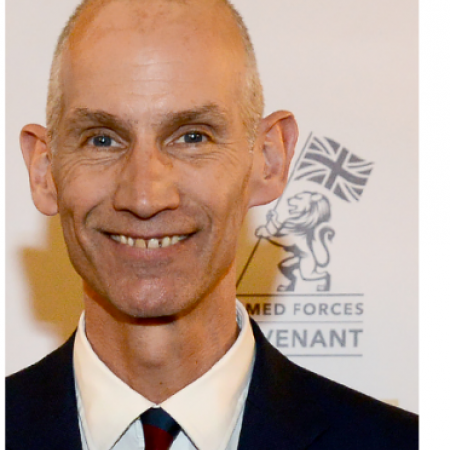 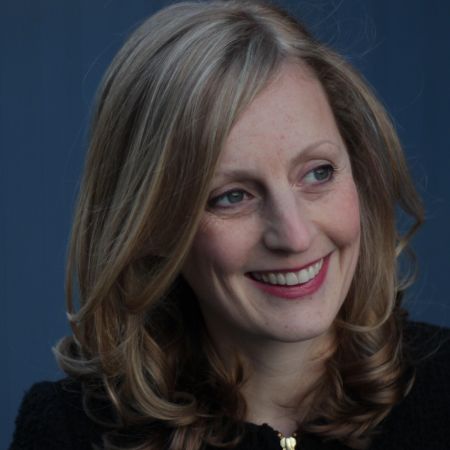 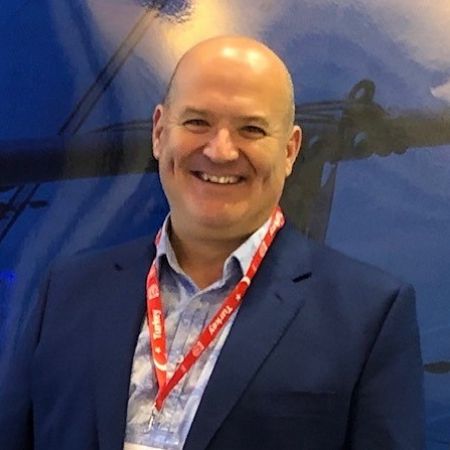 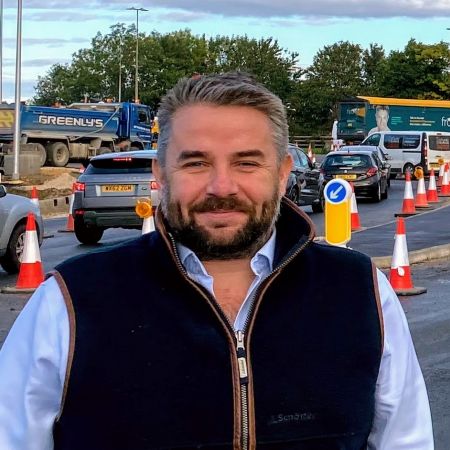 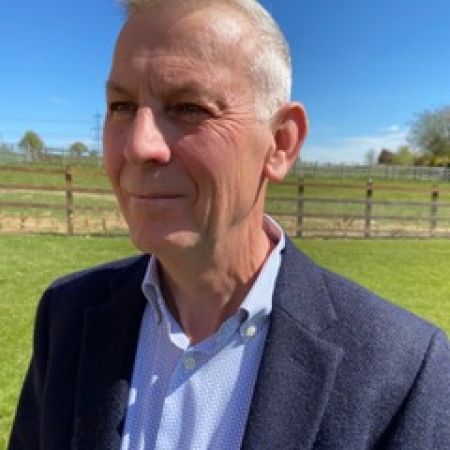 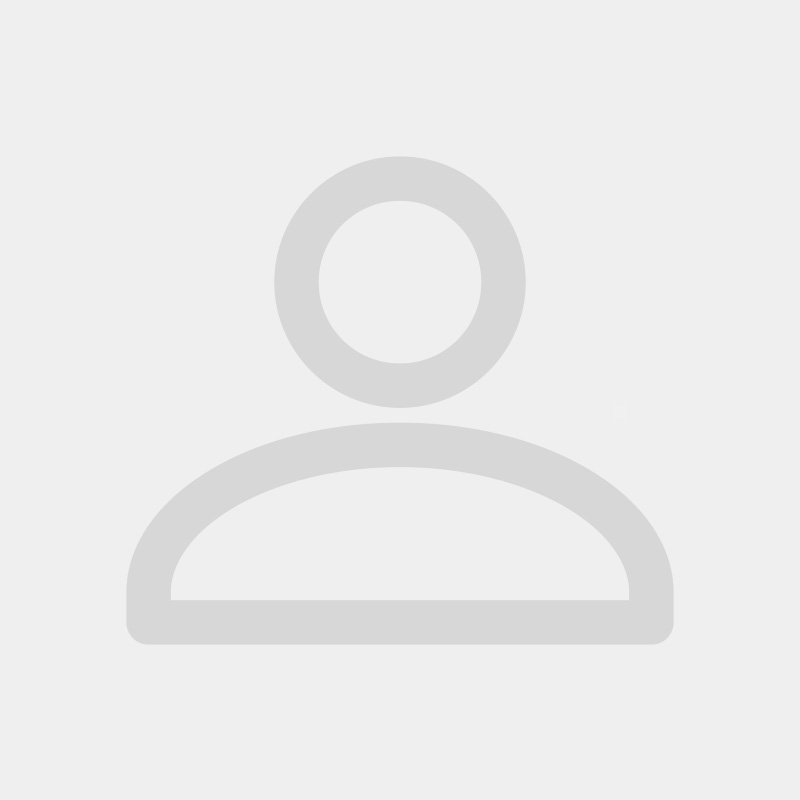 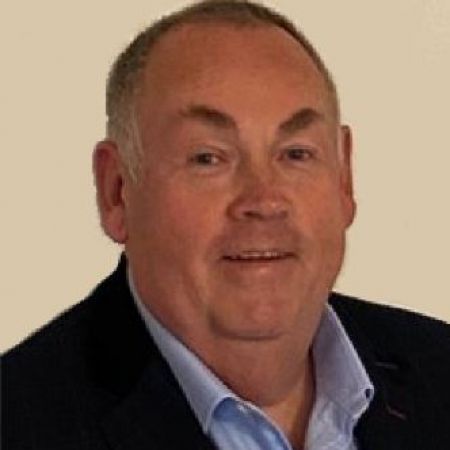 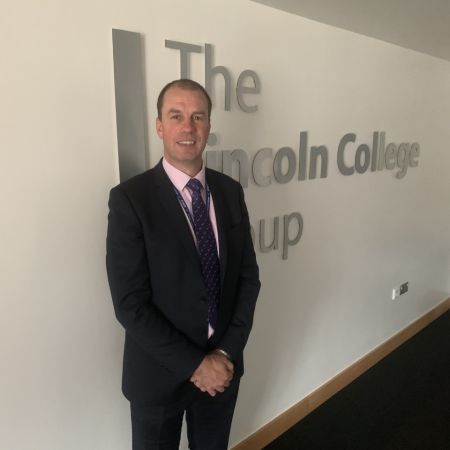 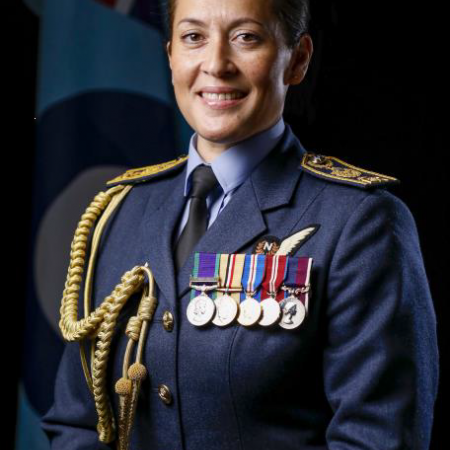 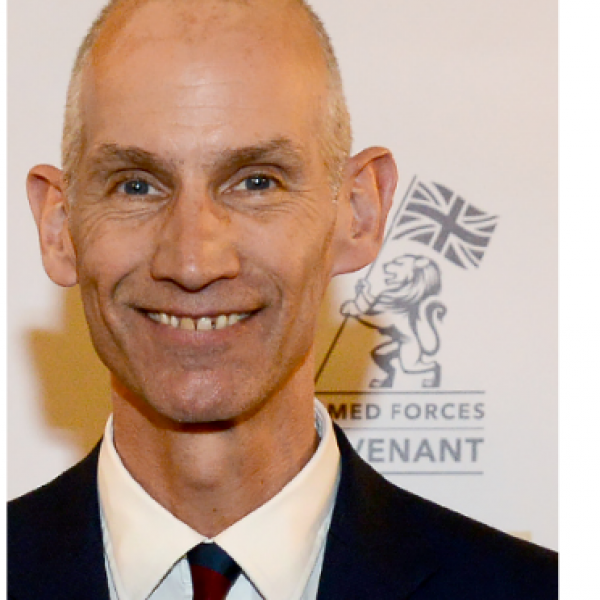 Despite being born in Plymouth into a Royal Navy family, Julian Free joined the Army and was commissioned into the Royal Artillery in 1986.  Prior to this he graduated with a B.Ed (Hons) from Exeter University.  He has completed a Masters in Defence Studies (Cranfield University, 1995), the Windsor Leadership Strategic Leadership Programme (2015-16) and the Leadership Centre’s Future Vision Programme (2016-17).  He was appointed MBE in 2001, OBE in 2009 and CBE in 2012.

In April 2017 Julian Free joined the University of Lincoln as Deputy Vice Chancellor – and started to learn all over again.  He is responsible for People Services and Operations and the University’s Regional Engagement Strategy.  This seeks to cohere engagement across education, civic institutions and employers to increase regional economic prosperity through innovation and the creation of high value jobs.  The aim is to help increase local revenue to enable the development of new civic assets, which enhance the Region’s cultural capital and make it even more attractive. 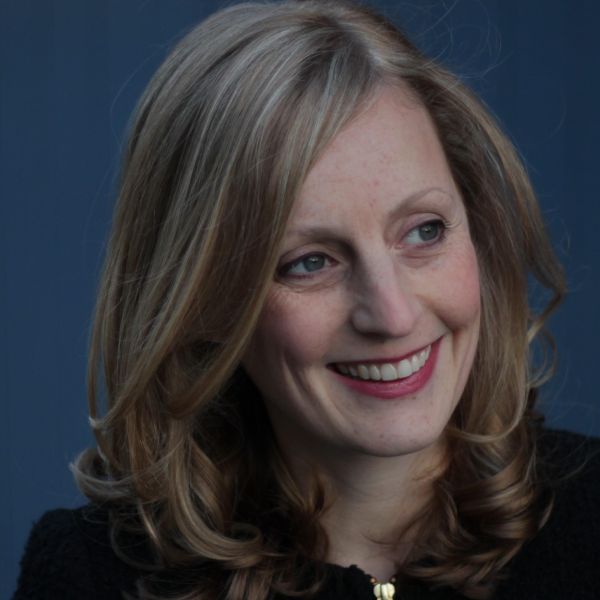 Alison is the Head of Audit at BAE Systems plc, covering all aspects of the group’s operations in the air, land and maritime sectors.

After working for Airbus in Bristol, Alison joined BAE Systems’ air sector in 2010, at RAF Coningsby in Lincolnshire. She held various engineering and maintenance roles, supporting the Typhoon and Tornado forces. From 2014, Alison led the solution design for the UK Typhoon support contract, from inception through to contract award.

Subsequently, Alison became the general manager for BAE Systems at RAF Coningsby. This led to her being appointed as director for the whole UK Typhoon support programme, where she was responsible for delivering the required output to the UK MOD, through over 700 people across 3 sites. 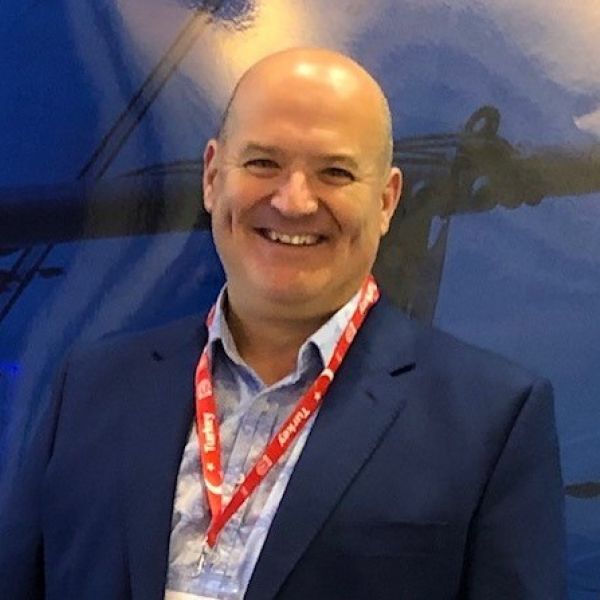 Tony originates from a family with many generations in farming. He studied an HND Agricultural Mechanisation at Lackam College of Agriculture and remained in farming until the age of 24.

A late joiner to the RAF in 1990, Tony began his military career as a Mission System Operator/Manager flying on a wide range of aircraft whilst also specialising on both of the Nimrod surveillance platforms. Later in his RAF career he became a Flight Test and Evaluation specialist working closely with the MOD and industry implementing cutting-edge technologies and systems. During this time Tony became RAF Aerosystems Qualified and achieved an MSc in Aerospace Systems Engineering.

In 2012 Tony retired from the RAF and founded Metis Aerospace Ltd offering specialist technical support and developing sensor systems and UAV platforms pulling through emerging and innovative technologies. Further, acquiring expertise in this area of technology lead to the development and production of the company’s flagship counter-UAV product.  Indeed, in 2020 METIS was credited as becoming one of the UK’s fastest growing defence companies delivering products and services to several high-profile government and military organisations and major clients. In 2020 METIS won the Lincolnshire Technology & Innovation Small Business of the Year Award and was Highly Commended Entrepreneur of the Year

Tony is Chair of the Aerospace, Defence and Security (ADS) trade organisations Drone Platform and Counter Drone Group and a member on the (ADS) Security Sector Board. 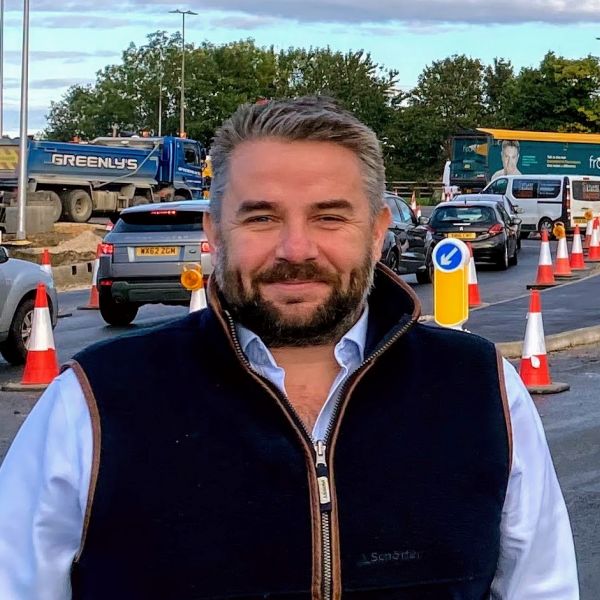 Based in rural Lincolnshire Richard is Executive Member for Highways, Transport and Technology on Lincolnshire County Council with responsibility for 5,500 miles of road.

Having previously served in the Royal Navy, Richard now runs a defence technology company that specialises in providing firearms simulation to military units and police units around the world. 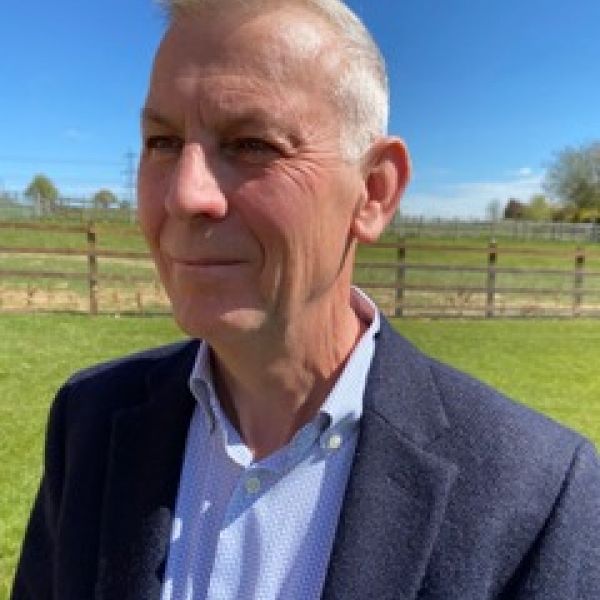 Nicholas Gordon, otherwise known as ‘Flash’, is employed as a Senior Advisor to Meta Aerospace, an integrated provider of defence and security effects.

Before joining Meta, Flash was the Director of International Programmes for L3 Technologies (L3T) London Operations. Prior to this, he spent 34 years in the Royal Air Force. Career highlights included: commanded the Royal Air Force’s Air Mobility and Intelligence Surveillance Target Acquisition and Reconnaissance (ISTAR) Group; and, service as the Air Officer responsible for ISTAR and Search and Rescue.

He has also worked in the Ministry of Defence as a Director of Equipment Capability. Flash is a Fellow of both the Chartered Institute of Personnel and Development and the Royal Aeronautical Society, and holds Masters’ degrees in Business Administration and International Security and Strategy.

He is a Member of the Royal College of Defence Studies, a graduate of the Higher Command and Staff Course, and has attended the Combined Force Air Component Commanders’ Course in the United States.  Flash continues to support the Royal Air Force as a Volunteer ex Regular Reserve with 601 (County of London) Squadron. 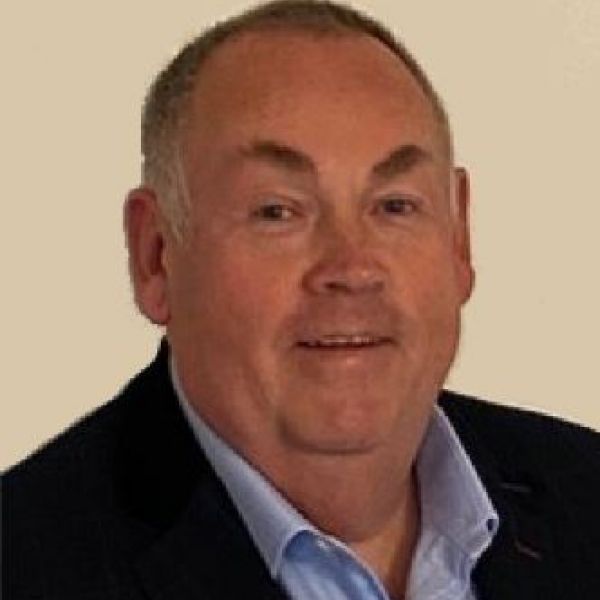 From 1976, Harry spent 13-years as aircrew in the Royal Air Force specialising in Operational Electronic Warfare, Radar, Communications and training.  He joined BAE Systems in 1990 as Head of Staff and Electronic Warfare Adviser for the development of a military academy in the Middle East.  Harry returned to the UK in 2001 joining the Danish Systematic software engineering company specialising in military database and digital communications solutions and in 2013, moved to Leonardo, transitioning through a role as Chief Engineer for Electronic Warfare Operational Support solutions to join the Sales team in April 2019.

Harry has enjoyed more than 44 years in both the Armed Forces and the Defence Industry. 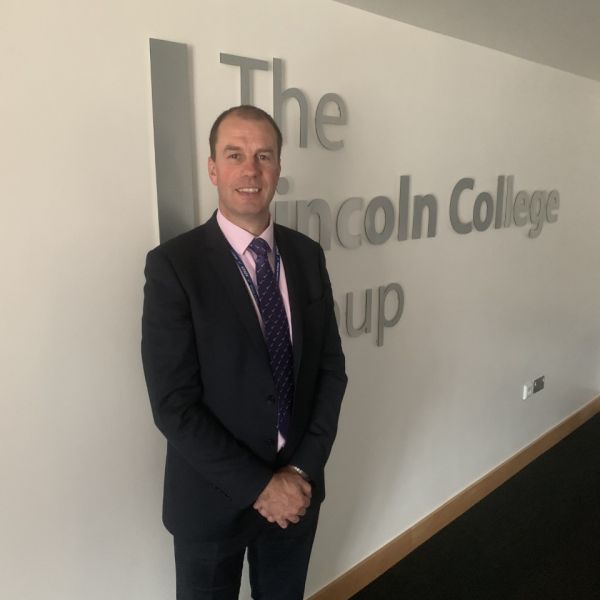 Tom is an experienced senior leader with 24 years’ experience in leading high performing teams, delivering tasks in the most challenging environments, working across national and local government.

An empathetic, people focused leader and experienced mentor Tom has a track record in developing people and maximizing talent throughout a successful military career.   He has recently been appointed vice-chair of the Lincolnshire and Rutland Branch of the IoD and is a community Governor at Carre’s Grammar School where he also supervises the Duke of Edinburgh’s Award scheme.

Tom started his current role in April 2020 where he is responsible for identifying and developing strategic growth opportunities for the Lincoln College Group both in the UK and overseas. 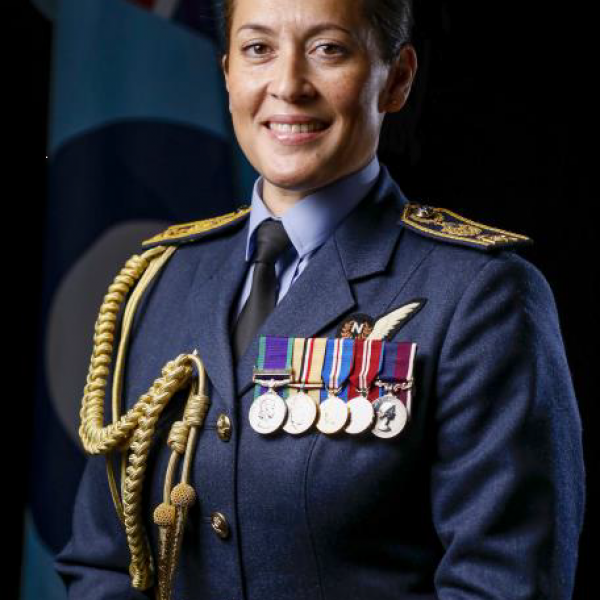 Suraya grew up in York, graduating from the University of Nottingham with a Law degree and becoming a member of East Midlands University Air Squadron before joining the Royal Air Force as a Navigator in 1994. During 3 tours flying on the Tornado F3, she participated in numerous operational deployments in Iraq, conducted Quick Reaction Alert in defence of the UK and the Falkland Islands, qualified as a Weapons Instructor and deployed on many overseas, multi-national training exercises.
Command appointments include Fast Jet Weapons System Officer Training,Officer Commanding No. 92(R) Squadron in the Air Warfare Centre responsible for operational Tactics & Training, Officer Commanding No. 55(R) Squadron delivering Rear Crew Flying Training and Deputy Commander of the Royal Air Force’s Intelligence, Surveillance, Target Acquisition and Reconnaissance Force. She assumed command of Royal Air Force College Cranwell in December 2019.

In operational command and control, she has worked with coalition partners in the Middle East Combined Air Operations Centre, where she was involved in the design and execution for the second Gulf War in 2003 and then in 2019 as the Director of Coalition Air Operations in Iraq, Syria, the Arabian Gulf, Afghanistan, the Gulf of Aden and the Red Sea.
Staff appointments include 3 years working in defence procurement, time in the Typhoon Force Headquarters delivering training transformation and defence sales, and 5 years spent working in the joint strategic environment, initially in the Operations Directorate of the Ministry of Defence (MOD) and latterly as Military Assistant to the Vice Chief of Defence Staff. A graduate of Advanced Command and Staff Course (2009) and Higher Command and Staff Course (2019), she holds a Masters in Defence Studies.
Suraya is married to Air Commodore Al Marshall, a former Harrier and Sentinel pilot, who is currently the Head of Defence Commitments and Crisis in the Ministry of Defence. They have 2 children and in between work and school, the family enjoys spending as much time as possible together, travelling overseas and trying most outdoor activities, especially skiing, hiking, cycling and diving. 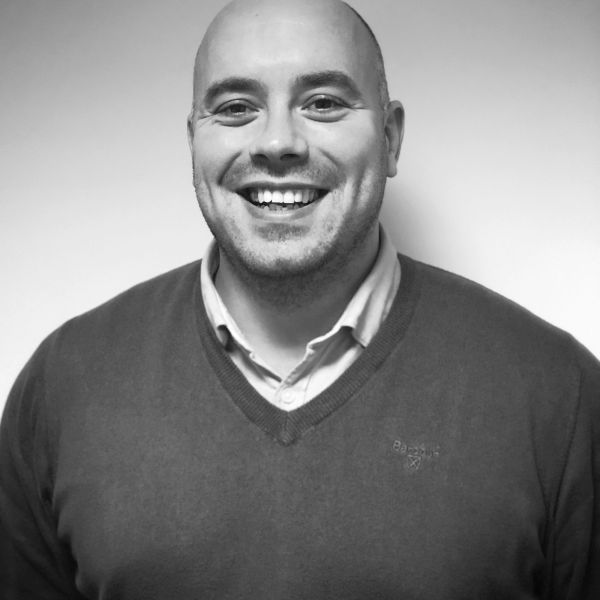 Dominic is Director of Operations at Eagle Eye Innovations (EEI) Ltd based in Lincoln. EEI is a SME that provides international RPAS and UAV flying training, consultancy, and operational support within the commercial and defence sectors.

Before joining EEI in 2018, Dominic served as a pilot within the Royal Air Force for 11 years developing expertise in flying instruction and Remotely Piloted Air Systems. Recognising the significant potential within the UAV market Dominic invested in EEI with the remit of diversifying EEI’s capability within the defence sector and to work closely with EEI’s lead customer the Royal Air Force to deliver innovative synthetic RPAS training to frontline units. In 2019 EEI was awarded Small Business of the Year at the Lincolnshire Technology and Innovation Awards.

Reference 18 - Defence and Security Board Terms of Reference (April 2021)